An international team of wildlife researchers, including a Moodabidri based environmentalist and surgeon, have recently recorded a moth from Mumbai city, which was previously only reported from the region in 1892, back when it was known as 'Bombay'. The discovery is published in the latest issue of ‘ELA Journal of Forestry and Wildlife’, a peer reviewed science journal, which is also the official science journal of the Maharashtra State Forest Department. 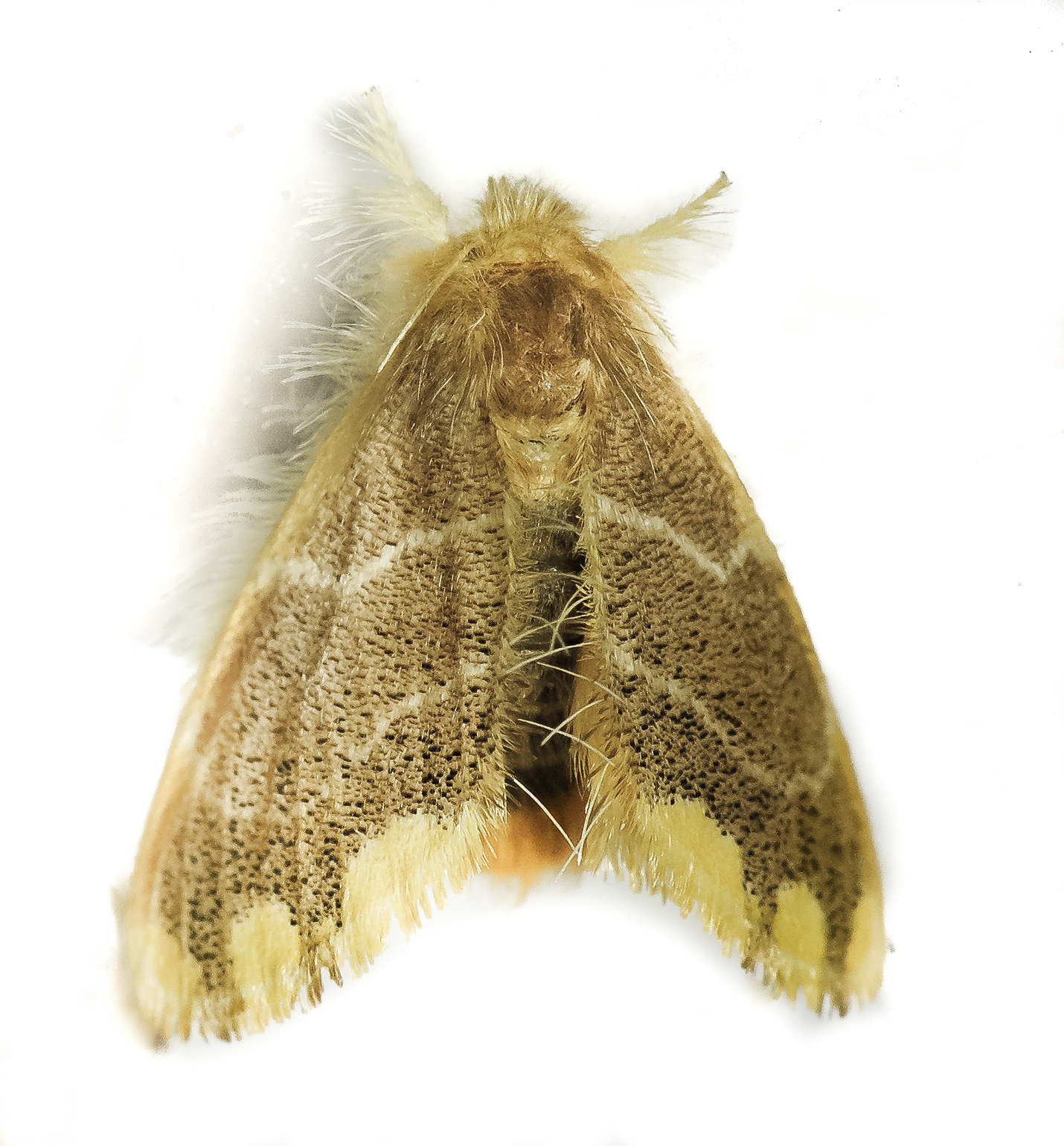 The moth species Orvasca cf. subnotata, commonly known as the Yellow Tail Tussock Moth, was discovered in the Mumbai Port Trust Botanical Garden, during a survey conducted to document the biodiversity of the public park. The survey was part of a larger, ongoing, urban wildlife documentation, research and conservation project heralded by Mumbai based naturalist and wildlife biologist Javed Ahmed, in collaboration with Scotland based wildlife biologist Chris Cathrine; Moodabidri based environmentalist and surgeon, Dr Krishna Mohan; naturalist, arachnologist and landrace dog expert, Rajashree Khalap and wildlife photographer and researcher, Bhushan Jadhav.

The team has previously discovered and reported several new species of spiders from the country, and even named a spider after Mumbai city. But what makes this, their most recent discovery, all the more interesting is the fact that the caterpillars of the moth were found feeding on the leaves of a tree, which is not only not native to India, but one which the moth has never before been known to feed on. While it's not uncommon to find caterpillars of butterflies and moths feeding on plants which they were previously not known to feed on, these plants at least belong to the same taxonomic families of plants already utilised by these remarkable insects as food for their young. In this case, not only were the caterpillars found feeding on a type of tree they had never before been recorded feeding on, the taxonomic family to which the tree itself belongs to is a new record for the moth. 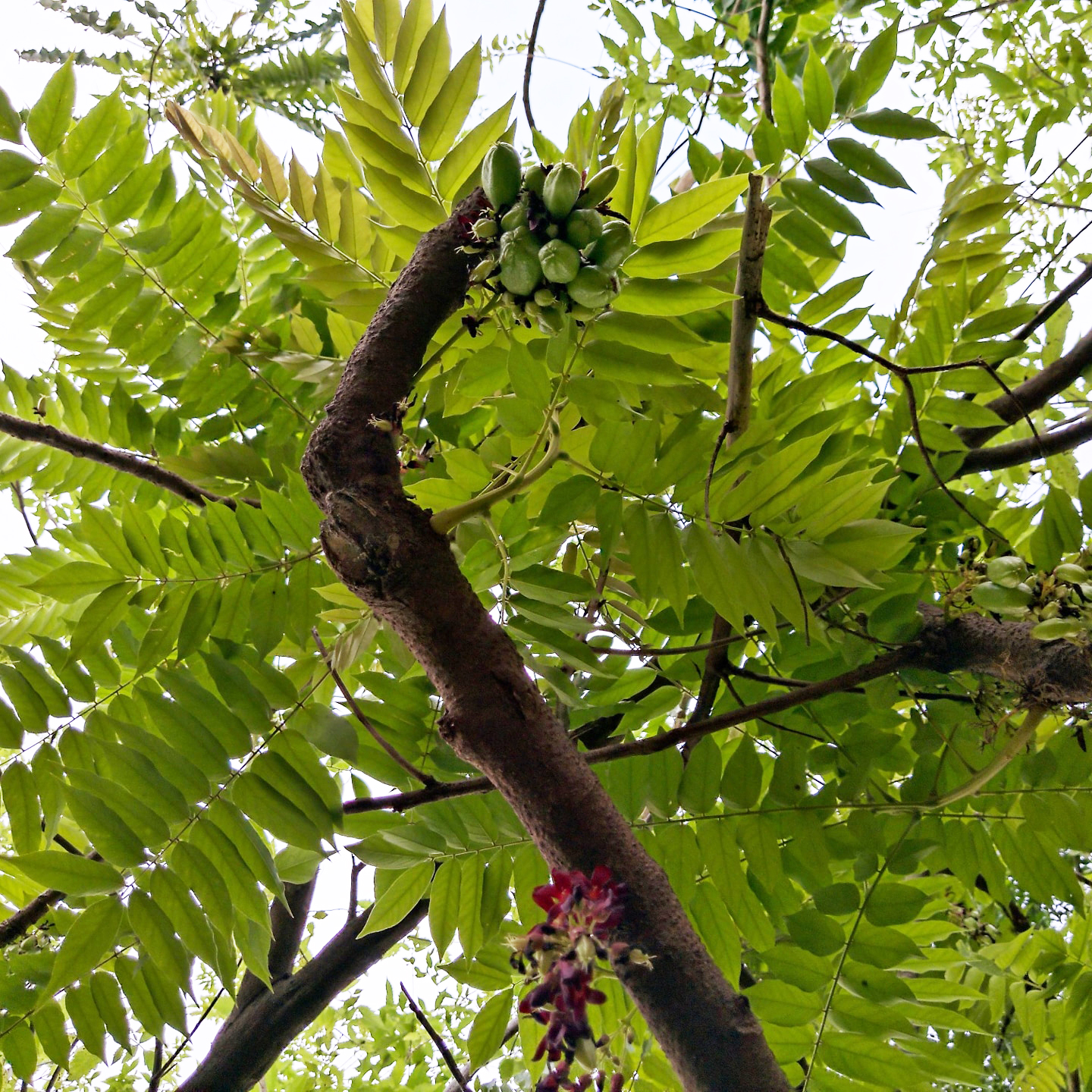 The tree in question, Averrhoa bilimbi, known locally as the Bilimbi tree, is native to Indonesia, and widely cultivated and naturalised in other parts of the world, including India. Here, it is frequently sighted in parks and gardens, and grows wild in the warmest parts of the country. The tree is a close relative of the star-fruit tree, which bears sour, tangy fruits that are greatly relished by old and young alike.

Scotland based ecologist and wildlife biologist Chris Cathrine, who was part of the discovery, and co-authored the paper, is of the opinion that the relationship between the bilimbi tree and the moth observed by the team could well be a naturally occurring phenomenon elsewhere across their distribution range, particularly where they overlap. "Further studies across the moth's range are required to ascertain this," says Chris. "There is a whole hidden world of wildlife, which exists right under our noses, in our great cities. We have only just begun to pull back this veil," adds Dr. Krishna Mohan.

"The remarkable biodiversity of our great cities not only serves to improve our quality of life - from shade giving trees which reduce temperatures, prevent soil erosion and reduce flooding, to gorgeous tropical butterflies which pollinate the food we eat - it is also intrinsic to our own survival," observes Mumbai based naturalist Javed Ahmed.  "The simple fact of the matter is, by ensuring the survival of these species, we serve the dual purpose of ensuring our own survival.  There can be no better reason to conserve wildlife, urban or otherwise," muses Dr. Krishna Mohan.

The team is currently working on documenting urban wildlife across the Mumbai region, while adhering to local regulations, and following COVID appropriate behavior, and protocols.