It was a superb display by the underdog Black Caps,the New Zealand who came into the match on the back of three straight defeats by Pakistan, Australia and England and only qualified for the semifinals  on net run-rate, while India topped the 10-team group stage.

Here are the reasons why India lost this semifinal.

One of the most consistently performing top order batsmen in the tournament, the 240-run target seemed to be a comfortable task for the trio of Rohit Sharma, KL Rahul and Virat Kohli. All through the tournament, India's batting was hugely dependent on the top 3 and with the three of them failing in this game, the middle order failed to stand up to the task.

The Kiwi pacers Trent Boult and Matt Henry seemed to appear like men on a mission as they did not give any respite to the Indian batsmen. India lost their first three wickets with just five runs on the board, which left too much to do for an unsettled middle-order. India were never able to recover from this setback as they bowed out from the tournament.

Matt Henry's 3/37 was the standout which earned him the player of the match award while Trent Boult and Mitchell Santner chipped in with a couple of wickets as well. 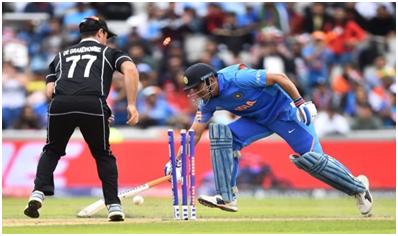 "Forty-five minutes of bad cricket puts you out of the tournament. Difficult to take it -- but New Zealand deserve it. Our shot selection could have been better, but we played good cricket throughout. New Zealand were braver in crunch situations and they deserve it," Kohli said at the presentation ceremony, referring to the period in which India lost four top-order batsmen, including Rohit Sharma and Kohli, inside 10 overs.

India lost to New Zealand by 18 runs after restricting them to 239/8 in the rain-hit semifinal played over two days.

Indian batters were undone by Matt Henry's brilliant opening spell as he returned figures of 3/37. Ravindra Jadeja (77) and MS Dhoni (50) shared a 116-run stand for the seventh wicket, but in the end that proved to be not enough, especially after Dhoni was caught short of crease by a brilliant direct hit by Martin Guptill.

"We got what we needed in the field. We knew we had a good day yesterday, we felt like we had the moment, but credit has to go to NZ bowlers for the swing and help they got from the surface," Kohli said. 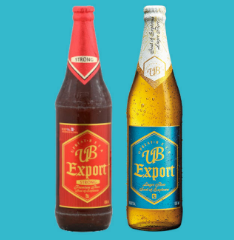 « Previous article Who might retire after 2019 World Cup? : An Exclusive Cricket Article Series - By Pro. Urban Dsouza
Next article » World cup , That NZ boys won the HEARTS : By Gladson Almeida