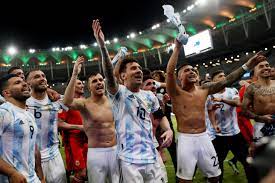 This is the first major award for Lionel Messi and his country. Despite the support of locals in Brazil's final at Rio de Janeiro, Favorit had to satisfy the runners-up by losing to Argentina 1-0.